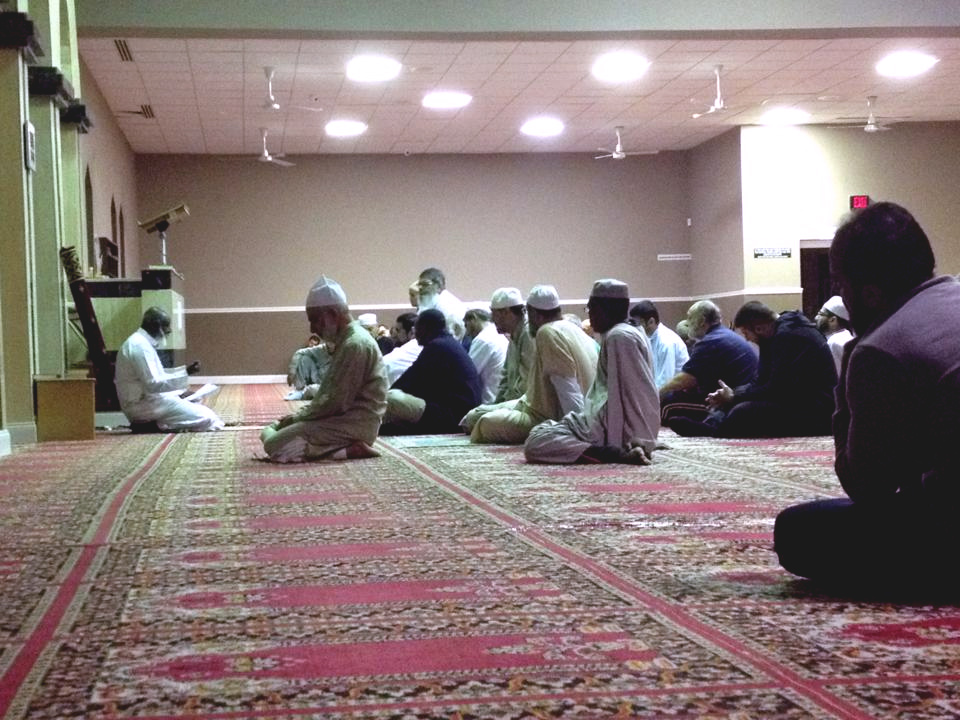 My Lord, enable me to be grateful for Your favor which You have bestowed upon me and upon my parents and to work righteousness of which You will approve and make righteous for me my offspring. Indeed, I have repented to You, and indeed, I am of those who submit.  (46:15-20)

I’m currently in Michigan this weekend just after praying Eid in Chicago, as a surprise visit to my in-laws. They live three minutes from MCWS in Canton and I often accompany my father-in-law to the masjid for prayer.

From the verses Shaykh Ali recited this morning in Fajr prayer is this du‘a’ from Surah Al-Ahqaf that is critical for newlyweds, new parents, and just established professionals. Allah is praising the person that worked hard until age 40 to do well for themselves, to their parents, and for their kids by highlighting the kind of du‘a’ they make.

What’s amazing is how they make it a point to pray for righteous kids. Paints this beautiful picture of people that put so much effort into their kids.

I see a lot of parents older than me raising their kids so well. My older siblings and cousins in Chicago, MI and Dallas come to mind. Looking at their lives, I see that they make sure their kids have Islam in their lives growing up. Be it teaching them Qur’an, putting them in Islamic schools, or even just making sure they enroll in Sunday school, just by talking to their kids I can see the effort their parents have put into their development.

Their kids are so balanced, too. They have their Avengers toys, princess/ballerina dresses, and Xbox Kinect. But they’re also strong in prayer, Qur’an, and developing a healthy Muslim identity. And they’re raised having fun doing it all, too.

It’s like these parents took full to heart the Hadith of the Prophet (S) talking about only three things helping you after you die, one of which is good kids that pray for you. The only way they’ll pray for you is if you raise them to be strong Muslims. It’s like these parents set good kids that will pray for them as their goal and worked super hard for it.

Sometimes you can see that hard work yourself. I remember being at a conference and seeing a friend’s older brother with his family, revising Qur’an with his son in between sessions. The father isn’t some Shaykh or anything. He’s just a professional with his own chiropractor practice, house, and kids. But he’s putting in and making trike for his kids’ Islam and in that glimpse of a moment I saw someone paving his way to Paradise right in front of my eyes.